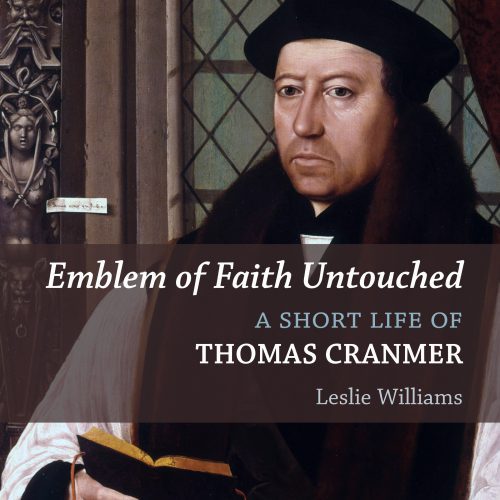 Relates one of the most remarkable lives in the tumultuous English Reformation. Thomas Cranmer was the first Anglican Archbishop of Canterbury, the author of the Book of Common Prayer, and a central figure in the English Protestant Reformation. Few theologians have led such an eventful life: Cranmer helped Henry VIII break with the pope, pressed his vision of the Reformation through the reign of Edward VI, was forced to recant under Queen Mary, and then dramatically withdrew his recantations before being burned alive.

This lively biography by Leslie Williams narrates Cranmer’s life from the beginning, through his education and history with the monarchy, to his ecclesiastical trials, and eventual martyrdom. Williams portrays Cranmer’s ongoing struggle to reconcile his two central loyalties—allegiance to the crown, and fidelity to the Reformation faith—as she tells his fascinating life story.

Praise for Emblem of Faith Untouched

Paul F. M. Zahl
— coauthor of The Collects of Thomas Cranmer
“Leslie Williams has composed an extremely accessible life of Thomas Cranmer. It is written vividly but simply, clearly but affectingly. She has captured the man—and she also underlines Cranmer’s importance for contemporary conflicts within the Anglican Church. Though long dead, the Archbishop speaketh still!”

Justin Lewis-Anthony
— Virginia Theological Seminary
“A sprightly and nuanced telling of the life and times of Thomas Cranmer. Williams avoids the temptation of making Cranmer and his contemporaries twenty-first-century people in fancy dress. These are people of their times, but recognizably human and struggling with perennial questions of faith and practice, discipleship and power. Warmly recommended.”